Workers’ attitudes about company loyalty create a challenge for executives and HR professionals. A study by CV-Library has revealed that job-hopping is more acceptable now than it ever has been.

In fact, three-quarters of workers in the UK think job hopping is more acceptable than it was in the past. Among the under 18s, this figure rises to as much as 87%.

And it doesn’t stop there – 31.7% expect to have no less than 10 jobs during their lifetime. Millennials, it seems, are the most fickle of the lot, with 65% of them believing that it’s perfectly acceptable to leave a job they’ve held for less than a year.

Yet every cloud has a silver lining – the situation also presents an opportunity. With so many employees looking for that next, more attractive, offer you’re in a powerful position to attract talent from elsewhere.

In fact, using wellbeing initiatives like gym membership to distinguish yourself from the rest not only goes a long way towards attracting top-calibre employees, it can also help you hang on to talent.

Here’s how you can kill two birds with one (metaphorical) stone, simply by looking after your workers’ wellbeing.

A study – the Capita Employee Benefits Insight Report of 2016 – revealed that 44.8% of workers would judge an employer based on the health and wellbeing packages they offer.

Interestingly, this is even more apparent among higher earners – closer to half (48.8%) of those earning £45,000 or more a year, would evaluate an employer or a potential employer on their commitment to employee wellbeing.

Which means that the talent you’re seeking will be swayed if you can tempt them with health-related benefits just as much as salary.

When you invest in staff wellbeing, something changes within a company’s culture, which next to salary is one of the most important aspects of a job for your staff. Not only that, but motivation and satisfaction levels increase among workers, and staff naturally want to work for the company that cares – making recruiting talent a much more fruitful exercise.

Staff retention: how important are perks?

With so many workers with their eyes on the next job opportunity, perks can be the deciding factor between your talent staying put or moving on to a competitor.

Meanwhile, employers are becoming increasingly wise to the fact that perks such as gym membership and wellbeing benefits can help them keep staff engaged and, therefore, in the job.

In the UK, 45% of UK companies have a clearly defined wellbeing strategy in place, where as in 2016, the figure was less than a third.

Also, more than a third of companies launched their wellbeing strategy specifically to improve employee engagement.

The figures speak for themselves: staff wellbeing is no longer something to consider somewhere down the road. It’s a necessity right now if you want to keep workers in place.

Is wellbeing really worth it?

Companies where staff health and wellbeing is treated as a priority are seen as forward-thinking firms. It shows that the organisation values its staff as much as its profit. After all, employees are a business’s biggest asset.

More companies than ever are beginning to realise that wellbeing, and being seen as a caring employer, are key to attracting and retaining talent. And employees have come to expect nothing less (as we know, they’re prepared to walk if these needs are not met).

The average cost of recruiting a new employee can range from between 20-30% of the final salary – amounting to over £5,000 based on an average salary. And the costs of staff turnover is estimated to be anything from 100% to 300% of the replaced employee’s salary.

Taking these costs into consideration, isn’t the price of discounted staff gym membership a price worth paying if it helps keep your workers happy?

Why not find out more about the cost-effective local gym membership scheme from Gympass? Contact the team today to see how we can help in your quest to attract and retain the best. Learn the secret of companies that care about organisational welfare 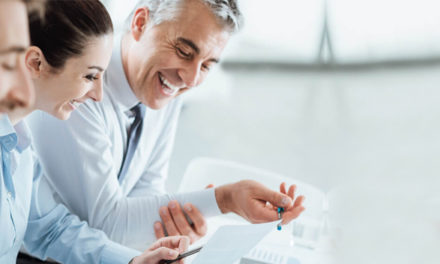 How does employee quality of life affect productivity?

8 tips to lower the level of stress at work